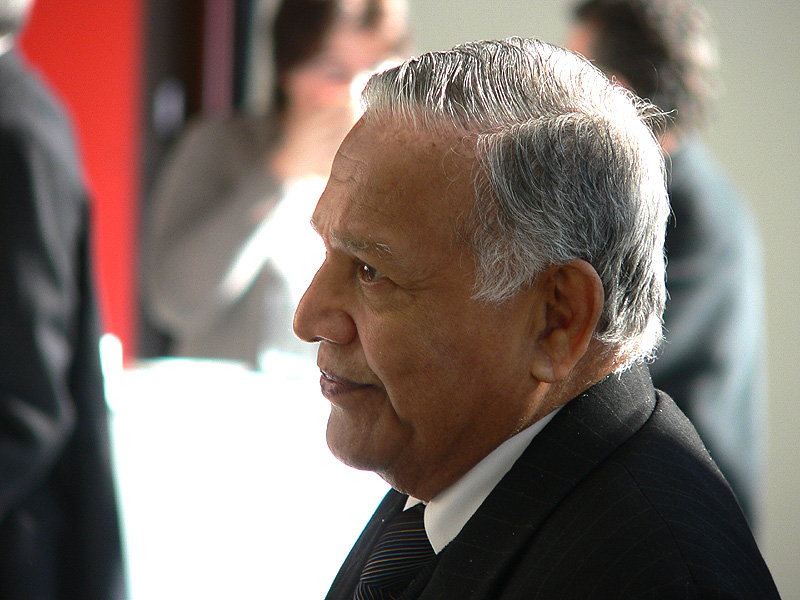 Much has been written about Judge Weeramantry during and after his lifetime. He remains one of the few international faces of peace and justice who command equal reverence in both- East and West. This introduction is not to discuss his CV. You can access it on various sources available online including this. More important is to tell about him, discuss and propagate his ideas.

Judge Weeramantry was lovingly called “Christie” by people close to him. We can afford to pick it up; and that would perhaps be in line with his legacy of challenging the dry, lifeless culture of the protocol. One of his most impressionable contributions was that he championed the idea of morality and found religion as an essential repository of it. He saw positivism as a hurdle in the realization of natural law principles, which according to him comprised the “higher law” that could prevail over the law of the states. According to him “international law is still in that formative phase wherein it must continually draw upon equity, ethics and a moral sense of humankind to nourish its developing principles” and that “the rationale for distancing international order from religion no longer exists”. For Christie, the “global unrest is due largely to lack of understanding of other cultures…All must cooperate, or all will perish” and this “era of co-operation demands that the legal essence distilled from each culture be brought to the common service of the international order”.

In one of his early presentations, while speaking at the World Congress on Equality and Freedom, St. Louis, Missouri in 1976, Christie astonished his listeners by citing works that proved the existence of concepts like justice, equality and state responsibility in the pre-Greek third-world literature dating as far back as 4000 years.  He said that those fundamental legal and moral positions “became the antecedents of later legal and ethical developments among the Greeks and Romans”. Not just the religious texts, non-book practices of the African region were also highlighted as progressive models. In his entire address, he ensured that truth is spoken and the colonial hegemony over the modern ethical ideas be intellectually engaged like never before.

After serving as the judge of the Sri Lankan Supreme Court, he had a vibrant academic stint as a Professor of Law at Monash University, Australia and was involved in several important part-time assignments.  This was followed by his long and rich tenure at the International Court of Justice where he delivered, probably the best of what he accumulated in his life as a lawyer-academic. His dissenting and separate opinions in high profile cases such as the Nuclear Weapons Case or Gabčíkovo–Nagymaros Case have acquired immortality by becoming indispensable reference points for the future development of international law. In these judgments, Christie deployed the legal technology recognizing contributions of several non-western civilizations (Asian, African, Latin American and Australian aboriginals) as the legitimate sources to inform the body of modern international law. He profusely invoked religious doctrines to assert that traditional principles are critical tools to achieve peace and harmony around the world, not just between humans but between humans and nature as well. At that time (and even today), this was extremely radical to venture into for anyone at the ICJ bench. But Christie was blessed with rare grit and scholarly gumption. It helped him arrive at profound conclusions such as – “use or threat of use of nuclear weapons is absolutely prohibited by existing law – in all circumstances and without reservation”. He chose peace over any possibility of war or destruction. This was unique as till his intervention as the ICJ judge, the jurisprudence of the court was largely positivist, state-centric or as the third world scholars say -Eurocentric. Christie filled the vacuum with humanism and reminded everyone of the real objective of setting up an international order in the first place. He always believed that “rationality, humanity and concern for the human future are built into the structure of international law”. The state is only one actor and as a global community, we all should rather strive towards a universal law than an international law per se. Sovereignty, as by the states, is also wielded by other “forces of globalism” even when they currently lack official recognition. In one of his books Universalising International Law, he says:

The universalisation of international law requires attention at several levels. Within the discipline itself perspectives need to be widened, so as to take in the full range of global traditions as sources of inspiration. It is against this composite network of worldwide experience and wisdom that its concepts need to be reexamined with regard to their adequacy for the vastly changed milieu in which they will need to function. This is essential to win…allegiance of the vastly extended community of nations. International law needs also to draw more freely upon the knowledge and insights of all disciplines, some of which, such as psychology, sociology, linguistics and comparative religion, despite their deep relevance to the understanding of international law, have tended to be neglected.

So we see the revered judge and friend of humanity donning different hats – of an anti-colonialist; a universalist; a humanist; a judge; a scholar and educator par excellence; a peacebuilder; an environmentalist and a revolutionary in his own unique way. For the honor of the legacy of these hats, which must be preserved at all costs, we at Weera Centre wish to steer ourselves in good faith. In an era when “clash of civilisations” is an accepted political and ideological creed, Christie, through his works and ideas must continue to inspire, influence and live.